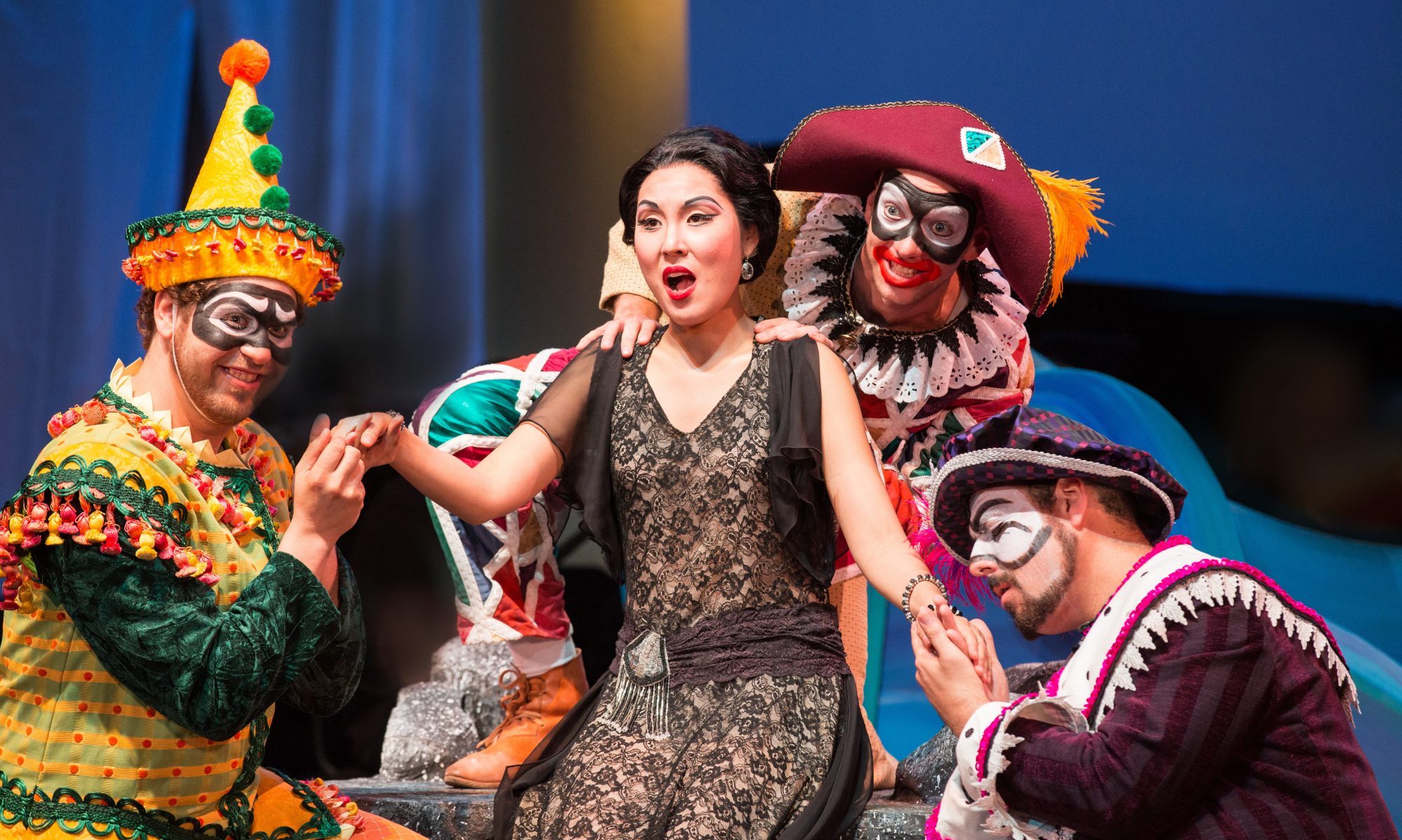 • “The Composer’s nemesis is Zerbinetta, star of the comedy troupe, a coloratura coquette sung by Hein Jung, and their duet in the Prologue was a beautiful blend. Ultimately, Strauss’ opera is a contest of divas, Zerbinetta and Ariadne, the prima donna on the desert island of Naxos, played by Elizabeth Beers Kataria. Both she and Jung were superbly up to the occasion in the Act 2 opera-within-the-opera on Friday……Then came Zerbinetta’s attempt to cheer up Ariadne, Grossmächtige Prinzessin, a coloratura showpiece, full of spectacular roulades and trills. Jung made it a tour de force, not only scaling the vocal heights with an easy, sparkling tone and accuracy of pitch, but also acting with cleverness and wit.”
Tampa Bay Times, Ariadne auf Naxos, Hein Jung as Zerbinetta

• “(The) Song Arirang was written for soprano Hein Jung and her wonderful, heavenly voice! The composition presents four versions of Arirang that are subjected to stylistic variations based on elements derived from Western pop, rock, and jazz.”
A Festival of New Vocal Music Newsletter, Song Arirang by Zack Browning written for Hein Jung

• “Hein’s Fiordiligi has brilliant moments. The rich timbre of her voice rises with strength and fortitude, changing octaves with ease and thrilling the crowd”
The Capital Times, Cosí fan tutte, Hein Jung as Fiordiligi

• “Most notable is the singing, marvelous in each and every instance… (Olthafer and) Jung shine as competing sisters and dueling sopranos, their strength and polish even more evident in contrast to the wonderfully and humorously.”
The Capital Times, Serse, Hein Jung as Romilda